LOOK AT THIS: David Shrigley for Skip Gallery 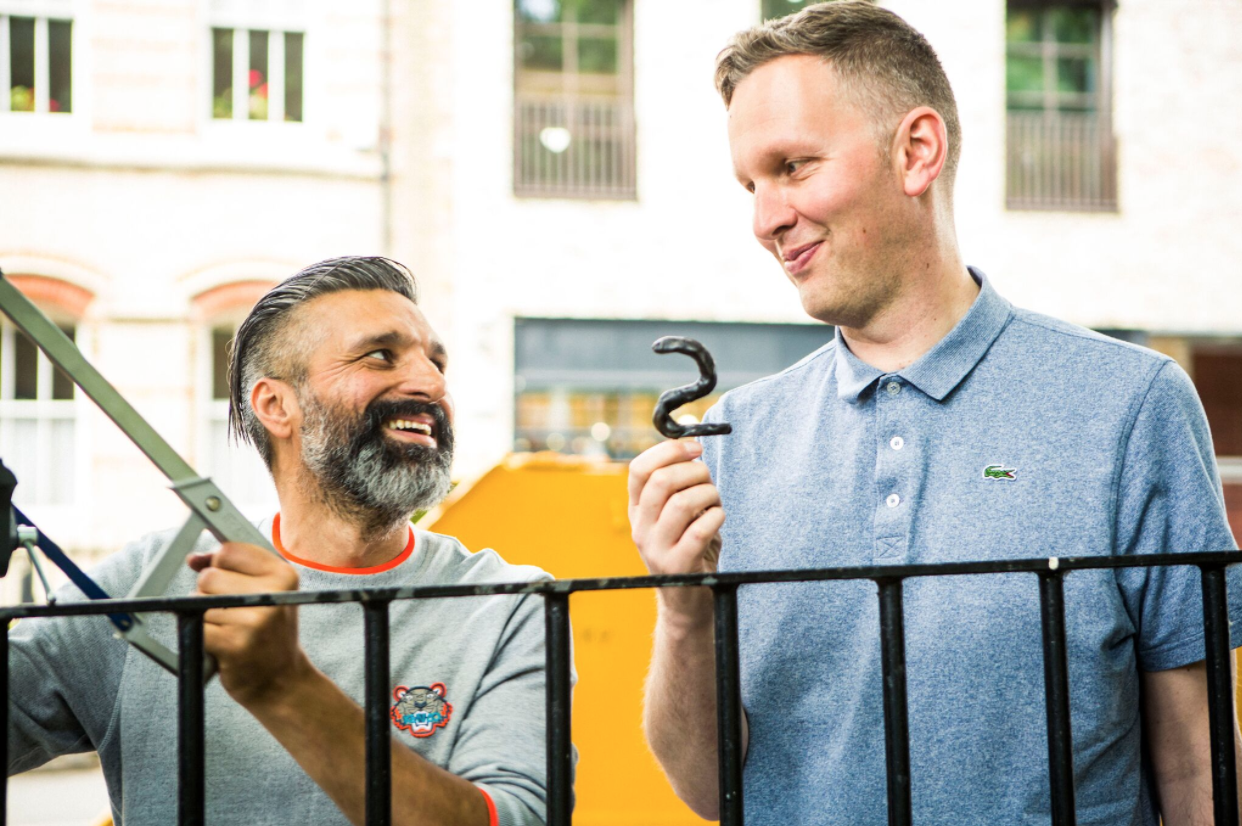 Well, today everyone at team Produce feels very chuffed indeed. A few months ago, having met David Shrigley briefly in a local café I decided to pop a hand-written letter into his front door, saying that I loved his work. I went on to say that his art would be a great fit for a new gallery that we had started – that happened to be in a skip. I knew this was a long shot given that he is an internationally renowned, Turner Prize-nominated artist and that he currently had a giant bronze ‘thumbs up’ residing on the fourth plinth in Trafalgar Square… But hey, you don’t ask, you don’t get and my letter started a journey which resulted in ‘LOOK AT THIS’, the second SKIP Gallery offering to the world.

The private view was last night in Hoxton Square and it was packed. I think I was feeling such relief that the install went smoothly that I found it hard to concentrate, but everyone seemed to have a great time, while David worked the crowd and gave interviews. The show is now up for a couple of weeks and it feels exciting to know that we had a ridiculous idea to start the world’s first gallery in a skip – and not only is it actually happening, but our second show is with an artist who’s oeuvre is entirely in-tune with what we want to achieve.

SKIP Gallery began life as a direct response to the lack of space and opportunities for artists, such as ourselves, in London and beyond, but it already feels that conceptually it has grown into so much more. Because skips are so prevalent and familiar to the public, there is an intrinsic curiosity that comes from the transformation of such an iconic object.

Preconceptions about skips and their uses feed into the unexpected and witty quality of the space, which sets up the audience to be more accepting of the artwork itself. We have found from experience that this inclusive aspect to the SKIP Gallery attracts a passing audience that would not have otherwise entered an art gallery or museum, and the public reaction has been positive, even to the most esoteric and conceptual of works. Our placemaking philosophy is centred around inclusiveness and SKIP Gallery embodies that ideology. Many thanks to David Shrigley and team Produce. Long Live SKIP Gallery!