I was recently lucky enough to be part of a select crowd invited to London’s Royal Academy of Arts to see Marina Abramović and Anish Kapoor introduce their new virtual reality works.

While both artists clearly share the desire to challenge and transport the viewer in their use of this emerging technology, they do so from differing perspectives – Abramović exploring human connection and reminding us of the vulnerability of nature, and Kapoor provoking a more physical response.

In Abramović’s Rising, an avatar of the artist appears before you in a glass box and encourages you to touch her hands. You’re then taken to a platform in an arctic landscape, confronted by a wall of icy glacier. The glacier crashes into the sea, creating vast waves in the water around your feet, before you suddenly find yourself back where you started, faced with a heartfelt plea to respect the planet.

Kapoor’s Into, Yourself, Fall is more abstract, creating an otherworldly space where you tumble through a red, dreamlike interior down into blackness. He imagines a space between reality, fantasy and the subconscious that causes a real sensation of height, descent and vertigo.

Captivating and inventive as both experiences were, the highlight of the evening for me was the revealing and personal discussion that followed between these two leading lights of the art world and the RA’s creative director, Tim Marlow.

First Marina highlighted the challenges faced by artists in balancing the use of technological innovations like VR with the power of the actual ideas and motivations behind their creations, recalling early use of the Xerox machine and the impact it had on the art of the time.

Anish then opened up about his experience of the violence in gaming culture – how he was inspired to be ‘naughty’ – and suggested that perhaps it’s healthy to have a space where we can indulge our more primal urges. I’m not sure Marina was convinced; as her work suggests, she’s more concerned with inspiring people to feel empathy towards one another, as opposed to aggression.

Was this just a stereotypical masculine versus feminine interpretation? Either way, they both agreed that, being rather older than your typical gamer, their experience of VR was likely to be very different to that of a younger generation more used to creating avatars and existing in multiple realities. With that in mind, it may have been interesting to involve some younger artists to compare generational interpretations, as well as gender and artistic style.

As this exhibition shows, the future of art and technology is ever evolving, and we at Produce always enjoy exploring new experiences in a human, curious, playful and educational way. 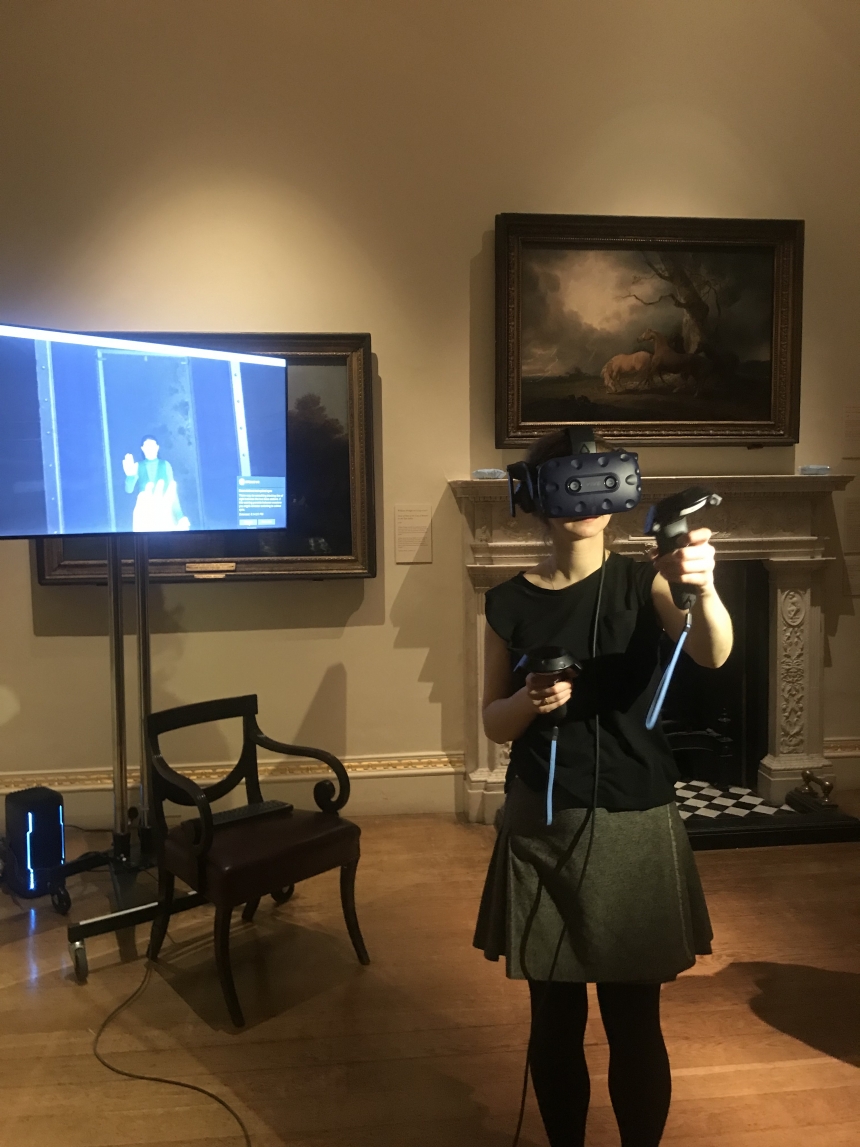 The public presentation is exhibiting at Art Basel Hong Kong from 29th-31st March 2018.