Pavilion Highs and Lows from the Venice Biennale 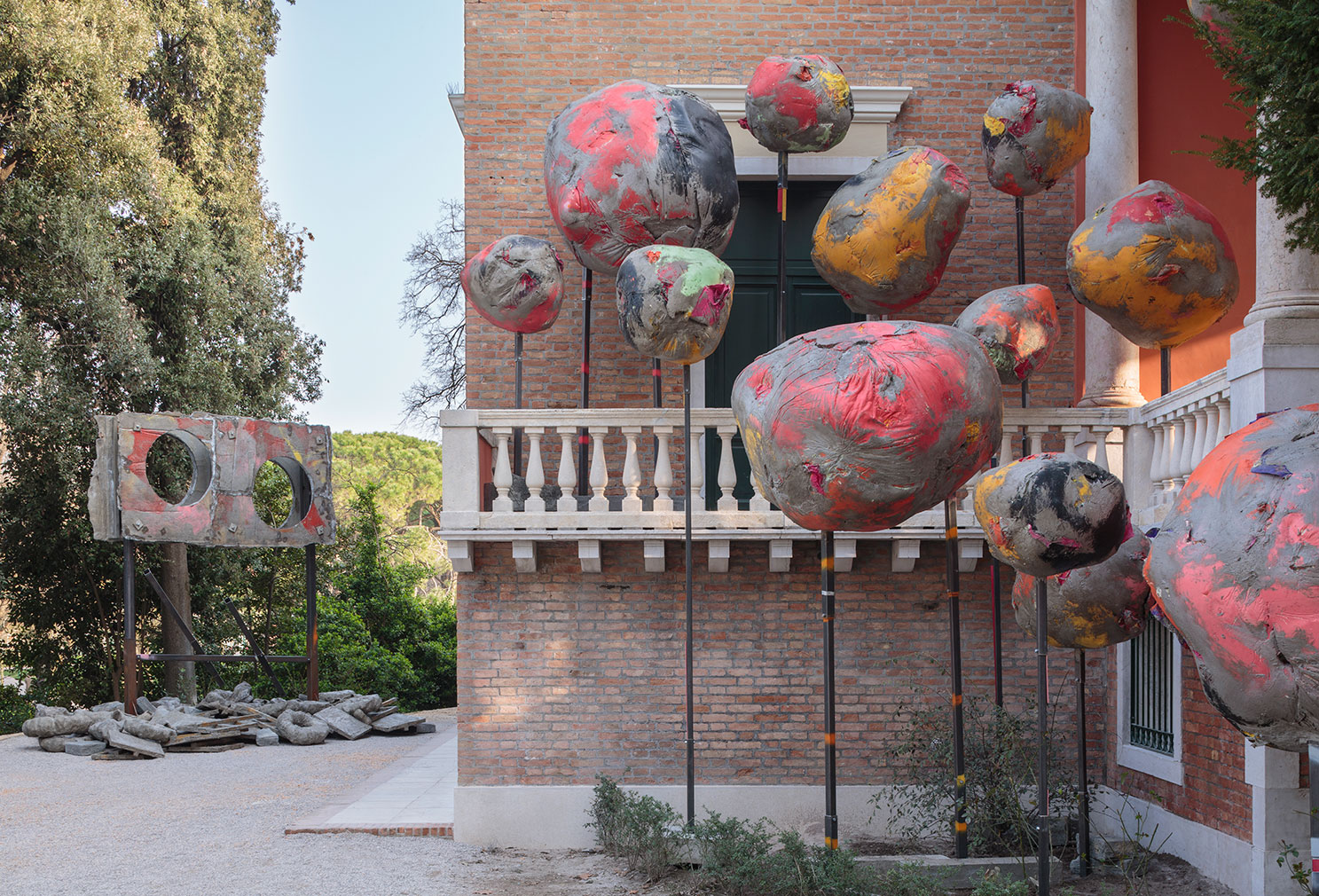 It is a little known fact that Canaletto, (meaning little canal) famed for his epic and intricate paintings of 18th century Venice, owed much of his income to the wealthy English travellers on their Grand Tour buying his works through Joseph Smith the British consulate. Though Venice has always been a major centre of art with early masters such as Bellini, Titian and Veronese, I think even Canaletto would have been surprised by the fascination that Venice and the Biennale still holds globally.

This will be Produce UK’s fourth Biennale visit, and one thing we’ve learned – don’t try and take it all in, in one trip. The level of art fatigue that sets in is such that we simply have to go back for more later in the year when our eyes and brains have stopped hurting from the extraordinary level of creativity and volume of art on offer. Outside of the Giardini della Biennale and Arsenale, searching the dense, beautifully evocative alleyways for hidden gems, and entering usually inaccessible buildings feels like such a treat for a contemporary art, and art history lover. However, for this blog, I will concentrate on the installations housed in the pavilions of the Biennale Gardens.

It has become a habit of ours, on entering the Giardini, to make a bee-line for the British Pavilion. What can I say – we’re patriots – but the British Pavilion has consistently shown the work of artists we love; Martin Creed, Jeremy Deller, Sarah Lucas and this year Phyllida Barlow was no exception to the rule. But, grabbing some lunch first, we wandered into the Thai Pavilion, which contained the extraordinary work of Somboon Hormtientong, who takes mundane objects such as plastic baskets and bins, creating simple, beautiful abstract sculptures from them, underlining the beauty disguised in each object, and by doing so synthesising the narratives that exist in ordinary people’s lives.

From there we wandered up to Phyllida Barlow’s British pavilion. I was excited because her Tate Britain installation commission in 2014 still resonates as one of my all time favourite exhibitions. For over four decades she has made imposing, large scale sculptural installations using inexpensive, everyday materials such as cardboard, fabric, timber, polystyrene, plaster, scrim and cement. Her idiosyncratic work is focused on her interrogation of these materials, creating bold and colourful three-dimensional collages. Barlow’s Biennale work is called Folly, a title which, to me, alludes to the hubris of mankind and also to the architectural nature of the building in which it is housed. Giant astroid-type orbs float outside, giving the building a dreamlike quality. They feel like they could crush you if they decided to fall, but knowing Phyllida’s work they are most likely light as a feather, made of polystyrene and scrim, sploshed with emulsion. Inside, deconstructed monumental shapes and totems squeeze into the faux classical interior, but where the Tate Britain building gave Barlow’s work room to breath and feel like defunct cranes in a port, this space felt constricted and claustrophobic, with the forms fighting for space. You would think that would be an incredible contrast and therefore exciting, but I have to say, I left feeling glad to have seen the work, but a tad underwhelmed. I’m not sure I could even explain why. Perhaps I built it up too much in my head.

But, this feeling was entirely replaced by jubilance and wonder, when we stepped into the Canadian Pavilion exploding with the wet and wild installation of Geoffrey Farmer, who’s work, There She Blows, seeped, spurted and geysered its watery offerings from bronze sculptures, in fits and starts, creating a childlike sense of anticipation and excitement as it soaked unsuspecting viewers. The elements of the artwork, from pieces of lumber, to sculptures of stabbed grandfather clocks, apparently represent fragments of his memories, and culminate in a surreal witty environment, which left us both giggly and a little frightened. 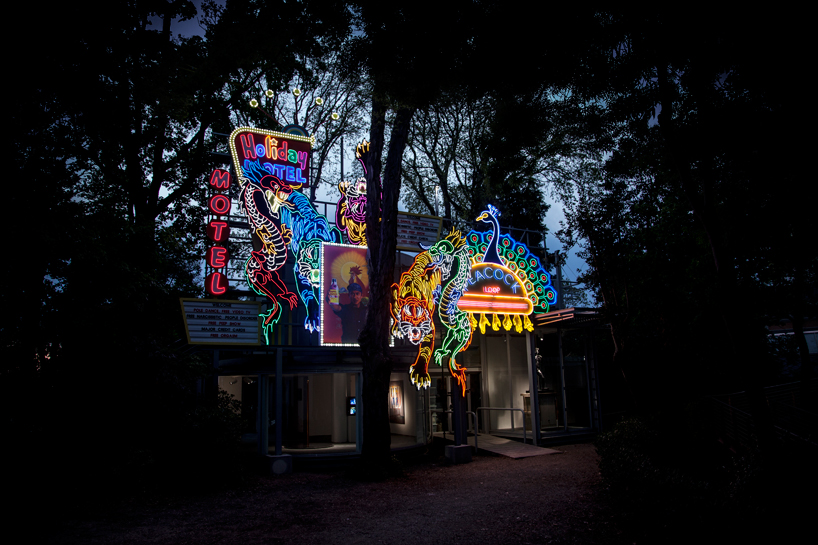 The Korean work, for us, was by far the most captivating and absorbing Pavilion in Venice. It combined the work of two artists, Cody Choi and Lee Wan, who have very contrasting styles, but which worked seamlessly together through the fantastic curation of Lee Daehyung. The show is called “Counterbalance: The Stone and The Mountain,” and explores the conflicts and division perceived by the artists in modern Korean society. Global capitalism and its effects are represented by a dramatic neon facade declaring ‘Free Pole Dancing, Peep Show and Narcissistic People Disorder’. Lee Wan created a room full of clocks called Proper Time where different people’s hourly pay rates are represented by the speed the clocks run at. What one person earns in 24 hours, another person earns in fractions of a second. But Lee Wan’s best work, and my favourite piece of the Biennale was a display of ‘Mr K’ s life. He had found a box of photos at a car boot, which contained a Korean man’s entire life in photos and documents. Lee Wan had taken the photos and displayed them in chronological order, from childhood to old age, in amongst documents showing the tumultuous history of Korea. We found ourselves captivated by this anonymous man’s life and the waves of shocking history he’d experienced with his family.

In the next instalment, I’ll be writing about more offerings at Venice Biennali Giardini and the Damien Hirst show, Treasures from the Wreck of the Unbelievable.