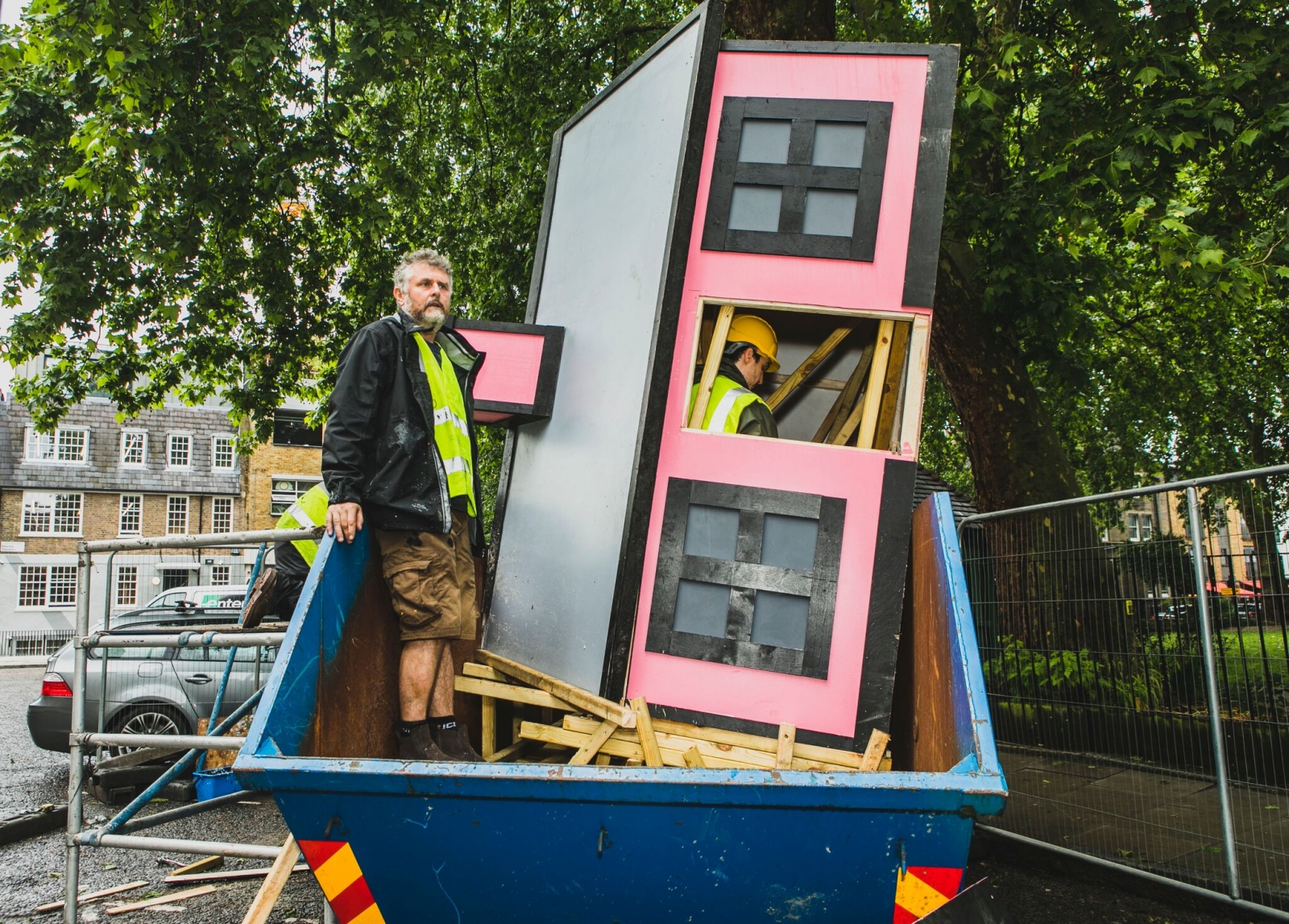 Richard Woods abandons his house in Hoxton Square 1–30 June, when the London Festival of Architecture kicks off. ‘Upgrade’ – a luridly colourful, large-scale model home, will be casually abandoned in our roadside SKIP Gallery.

PRODUCE UK founder and artist Catherine Borowski and creative director Lee Baker re-conceived the idea of the exhibition space, presenting the London public with an ongoing series of collaborative, site-specific artworks housed in skips in everyday public locations. Borowski and Baker have collaborated with some of the biggest names in contemporary art, including David Shrigley (Look At This, June 2017), Gavin Turk (Transubstantiation, November 2017) and Ben Eine, as well as ‘the world’s most artistic football club’ AS Velasca in Milan.

‘Upgrade’ has its roots in Woods’ contribution to the 2017 Folkestone Triennial, when his ‘Holiday Home’ project saw the construction of six brightly hued bungalows appearing around the coastal town – a playful but penetrating commentary on the tensions between second-home ownership and national housing shortages.

Reinvented for a new urban context, Woods’ work gains new meaning by being displayed in the heart of Hoxton – an area which has undergone a rapid and radical process of gentrification in the last two decades – either a benefit or a blight to the neighbourhood, depending on whom you ask.

The visually striking sculpture doesn’t seek to make an argument on either side of the debate, but to invite SKIP visitors to engage with the cycle of change within the city, and to consider the gradual transitions that occur to its fabric over time – socially, architecturally and economically. As part of London Festival of Architecture, which this year explores the theme of ‘identity’, ‘Upgrade’ shines a spotlight on the ever-changing character of London’s neighbourhoods.

‘With every project that SKIP Gallery completes, the stronger and more profound its statement will become. It is great to be a small part of that process.’ Richard Woods

In conjunction with the exhibition, SKIP Gallery is releasing a limited edition of 50 silkscreen prints signed by Woods, priced at £160 (inc p+p) and available to purchase from Private Press as of Thursday 31 May.